A beautiful autumn day, typical of Ohio’s “Indian Summer” welcomed 158 alumni and friends to the 2013 Annual Alumni Homecoming and Luncheon on October 5. This year’s 50-Year Honor Class, 1963, had a strong showing with 38 “rare and beauteous flowers,” as they were called by one of the Sisters of the Holy Cross, in attendance. Alumna Pat Ruck ’63, RN, was delighted to be the raffle winner of a lovely quilt, handmade by the most senior graduate in attendance, Dorothy Gorenflo Cluff ’42, RN. The quilt raffle raised $1,120 for the MCAA Scholarship and Loan Fund. Other donations for the Fund totaled $1,482 and the Mimosa Bar raised $215.

2013 Distinguished Alumnus, Nerina Jackson Stepanovsky ’78, PhD, MSN, RN, CTRN, who was nominated by her husband, Tom Stepanovsky and accompanied by him, her mother, Norma Jackson, and several other family members and friends from Florida, won the $100 raffle. (Nerina will be featured in the upcoming issue, the LAMP.) Ann Curtis McCrery ’58, RN, won the $150 and Annabelle Kiraly Robinson ’57, RN, won the $50 prize.

The most recent graduate at the Homecoming was from the class of 2012: Anita Baljak Mitchell ‘12, BSN, RN, who earned her BSN from the Mount Carmel College of Nursing at Fairfield Medical Center campus. Future graduates who attended the luncheon for the special purpose of thanking alumni for their $2,000 scholarships, included 2013 scholarship recipients Anne Turville, a student in the traditional BSN program; Sallie Markham, a student in the Second Degree Accelerated Program (SDAP); and Brian Draher, also a traditional BSN program student.

Mark your calendar today so you will be sure to attend the 2014 Mount Carmel Alumni Association Annual Alumni Homecoming and Luncheon on October 11, 2014. 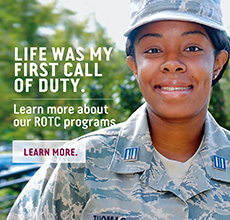