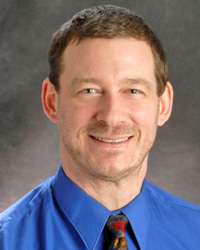 Derek Hadinger’s journey to Mount Carmel College of Nursing was a little more unconventional than most. Starting his academic career in art education, Derek soon realized that he wanted to be in a field that aligned with his spiritual values. Nursing was a prominent part of Derek’s life, as his mother was a nurse and his brother worked in the healthcare field, so Derek began to look into pursuing his degree in nursing. “There was no other school I wanted to go to,” Mount Carmel College of Nursing was the only option for Derek. He cites his Christian faith as a strong influencer for this decision.

With many years of school under his belt, Derek struggled to get financial aid for this new stage of his education. Without the help of the MCCN scholarships, he knows that he would not be here today, and he is happy to share his gratitude with our donors. Derek cites his background in art and music as one of his biggest strengths in the nursing field, which he is already using to help him in clinicals. He would like to incorporate it into his practice once he is an official Registered Nurse (RN).