Franklinton parking garages to be kept by growing nursing school 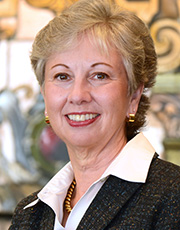 The departure of much of Mount Carmel West’s hospital services to Grove City and Columbus’ far east side starting in 2018 means opportunities for the health care provider’s nursing college.

Indeed, the Mount Carmel College of Nursing plans to grow – by students and facility space – at its Franklinton home on the hospital campus between West Broad and West Town streets.

“There are a lot of changes down the road here in the next three years,” said Robin Hutchinson Bell, director of nursing college relations. “For us in the college, it’s a good thing.”

Christine Wynd, who recently finished her second year as president of the school, will oversee more changes as the hospital system spends $700 million to move its inpatient services to Grove City and expand Mount Carmel East. The west side hospital will continue operating its emergency room.

On the nursing school’s agenda:

Increase enrollment to 1,300 students from 1,100. Much of the increase would come through online classes for non-bachelor degree programs, which can bring in more revenue without adding a lot of overhead. Wynd would like to increase enrollment to 1,500 but she acknowledged it would be difficult to find clinical space to accommodate such an increase.

Reshuffle offices. The school would expand cramped administrative and faculty offices to the West campus’ five-story medical staff building, whose occupants will relocate to Grove City.

Retain parking garages on the campus that had been eyed for demolition. The original redevelopment plan for the campus called for some parking ramps to come down. But one of the hospital’s redevelopment committees recommended against that step at the request of businesses and neighborhood advocates who see value in parking as the area redevelops.

Wynd seems most excited about the possibility of expanding simulation training operations into the hospital’s space. An Army veteran, Wynd thinks large-scale simulation labs are an essential learning tool.

“I’ve been in tank simulators, I’ve been in sub simulators. There’s helicopter simulators,” she said. “So why not health care? It’s pretty vital to know what you’re doing, and it’s better to practice and make your mistakes on mannequins rather than patients.”

Wynd arrived at Mount Carmel from Ursuline College in Pepper Pike in 2014 as president and dean. When she interviewed for the job, the board of trustees said those two roles could split, and they have.

“We needed someone to really look at the academics because our programs are so big,” Wynd said.

Tara Spalla, a registered nurse who has worked at Mount Carmel since 2010, was named academic dean.