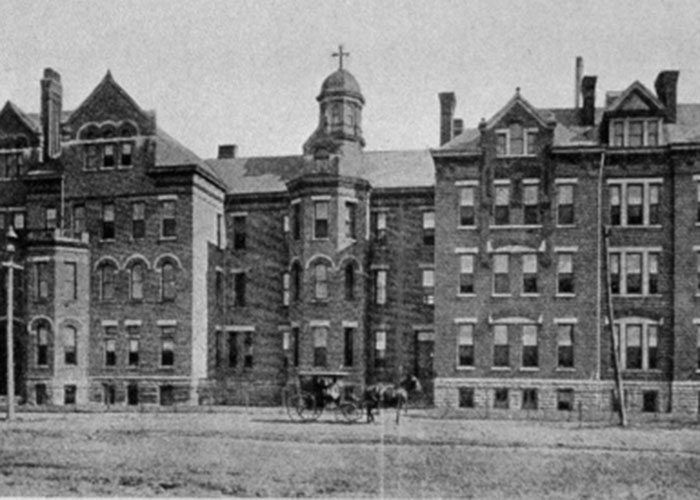 The Sisters of the Holy Cross, from Notre Dame, Indiana, founded Mount Carmel School of Nursing in 1903. Three years later, the first graduating class of 13 students earned a Diploma in Nursing. The sisters’ vision inspired them to continually enhance nursing education, earning the distinction in 1941 of being one of the few nursing schools in the country to receive accreditation.

The transition was made in 1990 to become a baccalaureate, Bachelor of Science in Nursing degree-granting institution of higher learning. Through the visionary leadership of President/Dean Emeritus Ann Schiele, PhD, RN, who was the longest-sitting president of a private college in Ohio, the College continued to grow, enhancing technology, quality of faculty and numbers of students.

In 2003, 100 years after our founding, the highly successful Graduate Program was initiated, offering a Master of Science in multiple tracks. During this decade, the Second Degree Accelerated Program and Online RN-BSN Completion Program were initiated, and a satellite campus at Fairfield Medical Center in Lancaster was established. In addition, the state-of the-art Center for Innovative Learning, along with the Health Sciences Library was constructed, the beautiful apartment-style residence halls were opened and a Consumer Health Library to improve the health of the Franklinton community became a reality.

Our commitment to innovation and advancement continues. In 2015, our Graduate Program expanded with the addition of the online Doctor of Nursing Practice (DNP) program, the highest-level clinical practice degree for the nursing profession.