Congratulations to our MCCN 2017 Excellence in Nursing Awardees!

The Excellence in Nursing Awards event, sponsored annually by Mount Carmel College of Nursing and Mount Carmel Patient Care Services, recognizes outstanding nurses, nurse leaders, physicians, nurse educators and nursing education advocates within Mount Carmel Health System who exemplify outstanding practice. The event is now in its 13th year. The awardees – selected by colleagues as part of the annual system wide nomination process held in May – will be honored at a special recognition dinner set for Tuesday, September 26, at Villa Milano. Colleagues from MCCN being celebrated for advancing the profession of nursing through excellence in nursing education are:

The Carmel Rapper asked senior students to offer a bit of helpful advice to incoming freshmen, keeping in mind what their own first days at “the Mount” were like. Here is what they said:

Message from the President: Journey to Transformation 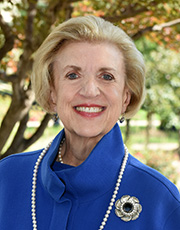 “I think one’s feelings waste themselves in words; they ought all to be distilled into actions which bring results.”

Read more: Message from the President: Journey to Transformation

Join us for a Lunch & Learn to celebrate Constitution Day on Monday, September 11, at noon in the College Lounge. Mr. Robert McClaren, an attorney with Franklin County Children's Services (FCCS), will be the speaker for the event.

In October 2016, MCCN undergraduate students participated in a benchmark survey for the Changing Campus Culture Initiative as requested by the Ohio Department of Higher Education. The survey was intended to strengthen the ability to better respond to, and ultimately prevent, sexual violence on Ohio college campuses. MCCN was one of 62 campuses in Ohio that participated in the survey, which included 44,704 students. The results from the survey were released in July, comparing MCCN with the private colleges that participated. MCCN’s director of Compliance and Title IX Coordinator, Melissa Swartz, MEd, was pleased with the results, stating, “Being new to MCCN, I am pleased to see that our survey results show that students feel that campus officials would take their report of sexual violence seriously and provide them with the support they need during such a difficult time. The survey also showed areas for improvement, which I will strive to address through programming efforts this year, such as ensuring students know where to make a report, what happens if they do report, and where to get help for themselves or a friend.”

MCCN takes very seriously any report of sexual violence and stands behind the policy, which states:

“MCCN is committed to maintaining a healthy and safe learning, living, educational, and working environment that is free from gender discrimination and harassment and to creating an environment that promotes responsibility, dignity, and respect in matters of sexual conduct. Title IX prohibits Discrimination, Harassment, and Retaliation of any kind on the basis of sex. Title IX also prohibits Violence Against Women Act offenses (“Sexual and Interpersonal Offenses”) such as sexual assault, sexual misconduct, sexual violence, domestic violence, dating violence, and stalking. Any person, regardless of gender, can be a victim/survivor of a Title IX violation. This Policy applies to both on-campus and off-campus conduct, academic, educational, co-curricular, and other MCCN programs. Any Title IX violation is strictly prohibited and will not be tolerated.”

All undergraduate students and all new faculty and staff are required to complete one session of Active Shooter Training. Six sessions are available; all will be held in Marian Hall Classroom B (3rd floor). Pizza will be provided. The dates/times are: