The Mount Carmel Alumni Association is blessed to have two new board members, and a returning member who is the first male alumnus to ever serve as president. They bring energy and enthusiasm to the board and share a similar vision for the future. Meet them: 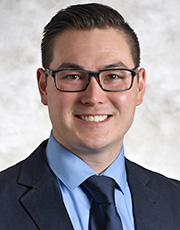 Stephen Pearson ’15, BSN, RN, is the first man to hold the office of president. He earned his BSN in MCCN’s Second Degree Accelerated Program after earning a bachelor’s in biology from The Ohio State University. Today, Stephen works in the CCU (Cardiac Care Unit) at Mount Carmel East. He lives in Hilliard with his wife and their newborn son.

“I learned a lot from past president, Jill Trego Rill ’77, RN,” Stephen says. “As her vice president, we worked closely with Debbie Boggs ’75, RN, to develop new alumni activities and expand interest in networking among alumni. It was really great to learn from people who were there how the Mount Carmel School of Nursing transitioned into the College. The alumni from the School era have really strong bonds of friendship that have held them together over the years. I plan to work hard to locate and bring alumni from the College era – particularly the 1990s – into the Association. My vision for the future of the Association is to reach out to everyone to make sure that alumni from both eras are represented and involved,” he says. 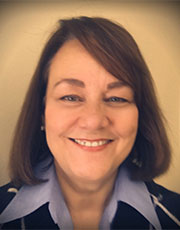 Karen Durano ’75, MS, RN, NE-BC, joins the Board after retiring as Human Resources director at OSU Wexner Medical Center’s Ross Heart Hospital. Today, she is a “returning retiree” at the OSU James Cancer Hospital, where she works in Clinical Operations Administration. After earning her Diploma in Nursing, Karen earned her BSN from Capital University in 1979 and her MS in Nursing from OSU in 1986. She spent her entire career at OSU, starting right after graduating from Mount Carmel. She has been privileged to play a role in many major projects at the Medical Center, including the openings of the Ross Heart Hospital and the Stefanie Spielman Comprehensive Breast Center. The pinnacle of her career is having led a transition team to provide training for over 18,000 OSU Health System faculty and staff in preparation for the opening of the new James Cancer Hospital.

“When I left Mount Carmel the only way to reach out was by phone or getting on the mailing list for the newsletter. I’m in the ‘lost generation’ of alumni, and if Debbie Boggs had not been my roommate, I might not have been found. My vision for the Association is to realize the strength there is in numbers and to use today’s technology – especially social media – to find alumni and get them involved,” she says. “Being a graduate of Mount Carmel is such an honor – it provides such a strong heritage. We know our alumni are all over the world and around the country doing fantastic things – there is real strength there to inspire and help our students and new graduates, and we want to tap into that,” she adds. Karen lives in Canal Winchester with her husband. Their son, Juan, is a freshman at Syracuse University. 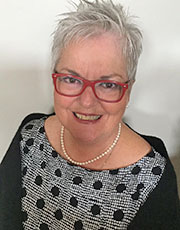 Iris Freisner ’66, ’07, MSN, RN-BC, is the “poster girl” for life-long learning. A member of the MCCN adjunct faculty, Iris teaches in the RN-BSN program. She is uniquely qualified to guide nurses who want to further their education, because after having earned her Diploma in Nursing more than 40 years earlier, Iris returned to Mount Carmel to earn her BSN in 2007. She then went on to earn her MSN in Nursing Education from Walden University in 2013. Iris spent nearly her entire 50 plus years nursing career at Mount Carmel, taking time off here and there to raise her daughters. Most recently, she served as a Nurse Residency Program facilitator for Mount Carmel Health System, leaving that role in 2016 to teach.

“I want to see the Association reach out to younger alumni to get them involved. I want to mentor them and watch them grow in their careers. Stephen (Pearson) was in the Nurse Residency program when I was there and it’s wonderful to see him in a professional capacity today and now as our board president,” she says. Iris lives in Columbus, Ohio, with her husband; they are a blended family with seven grandchildren between them.

If you’d like to serve on a committee or would like additional information, please contact Debbie Boggs (’75), RN, director, Alumni Relations at 614.234.5681 or alumnioffice@mccn.edu, or visit the alumni main page.