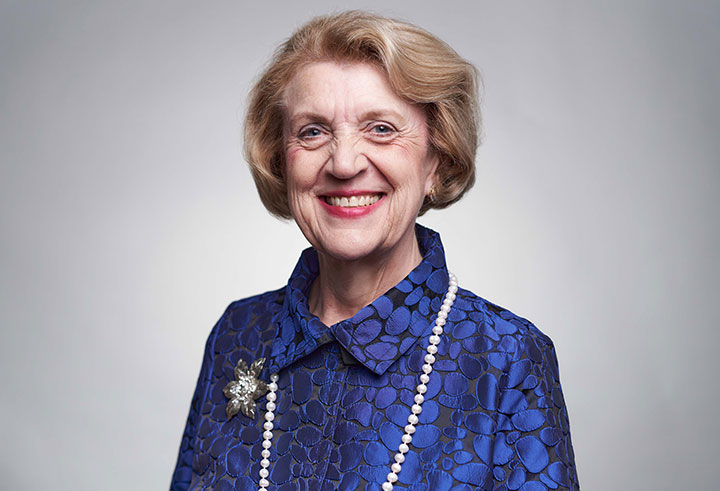 Chicago (February 4, 2020). The American Organization for Nursing Leadership (AONL) today announced Ann Marie T. Brooks as the 2020 recipient of its prestigious Lifetime Achievement Award. The award honors an AONL member recognized by the nursing community as a significant leader in the nursing profession and served AONL in an important leadership capacity. AONL will honor Brooks during the opening plenary March 19 at the AONL annual conference in Nashville, Tenn.

Brooks is president of the Mount Carmel College of Nursing in Columbus, Ohio. A recognized leader, she has more than 40 years of experience as an educator, nurse executive, Magnet Recognition Program® appraiser and health care consultant. She served as a nurse executive at Riddle Memorial Hospital, Main Line Health System, Media, Pa. and King Faisal Specialist Hospital and Research Centre in Riyadh, Saudi Arabia.

Brooks previously served as president of the American Organization of Nurse Executives and American Psychiatric Nurses Association, chair of the Psychiatric and Mental Health Governing Board and dean of The Catholic University School of Nursing in Washington, D.C. Brooks is the recipient of many awards including the AONL Mentor Award and Distinguished Alumni Award from the Catholic University of America.

Brooks earned a doctorate of philosophy in nursing, master and bachelor in nursing degrees from the Catholic University of America. She also holds a master’s degree in business administration for Loyola College, Baltimore. She is a fellow in the American Academy of Nursing, American College of Healthcare Executives and National Academies of Practice. She also completed the Johnson & Johnson/Wharton Fellows Program in Management for Nurse Executives at the University of Pennsylvania.

About the American Organization for Nursing Leadership