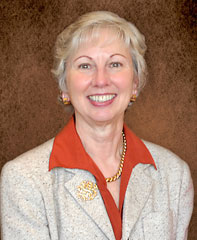 Dr. Wynd comes to Mount Carmel College of Nursing (MCCN) from the Breen School of Nursing at Ursuline College in Pepper Pike, Ohio, where she has served as Dean and Strawbridge Professor since 2007. There she presides over the School that offers both undergraduate and graduate programs in nursing. Her experience in nursing education and leadership is extensive and includes directing the PhD in Nursing program at the University of Akron and teaching at both The Ohio State University and Case Western Reserve University. Dr. Wynd retired from the U.S. Army Reserve Nurse Corps at the rank of colonel in 2001. Her military experience includes serving as chief nurse for two separate Combat Support Hospitals and as the Reserve representative to the office of the assistant chief, Army Nurse Corps.

“Dr. Wynd is an exceptional leader who has the vision and dedication to take nursing education to the next level, to meet the ever-changing demands and opportunities in healthcare and higher education now and well into the future,” said Matt Mazza, MCCN Board of Trustees chair. “Dr. Wynd will be a tremendous asset to the continued growth and sustainability of the College.”

Dr. Wynd was selected following an extensive national search. The Search Committee was chaired by MCCN Board of Trustees member, Brian Tierney. Dr. Wynd will succeed President and Dean Ann Schiele, PhD, RN, who retires and becomes President Emeritus on July 31, 2014. Dr. Schiele is the longest-sitting president of any college or university in Ohio, having held the title since 1990 when Mount Carmel transitioned from a diploma program to a degree-granting institution. The College is now among the largest nursing programs in Ohio with more than 1,150 students enrolled.

Commenting on the transition, Mount Carmel Health System President and CEO, Claus von Zychlin said, “We thank Dr. Schiele for the decades of dedication, growth and success the College experienced under her leadership. Mount Carmel is proud of our strong affiliation and rich history with Mount Carmel College of Nursing. It’s an unparalleled heritage that started 110 years ago when the institution was founded as the School of Nursing by the Sisters of the Holy Cross in Columbus’ Franklinton area. It’s a legacy of outstanding nursing education that will continue to live on in this community under the new leadership of Dr. Wynd. We congratulate Dr. Wynd and look forward to working with her toward our mutual objective of providing the best in healthcare and nursing education.”

Dr. Wynd received her Doctoral degree (PhD) in Nursing Executive Administration from Case Western Reserve University, a Master of Science degree in nursing from The Ohio State University and a Bachelor of Science in Nursing degree from Saint John College. She is married to Charles Santose and has two grown children, Rachel Santose, who lives in Gouverneur, New York, and son Nathan Wynd, who resides in Columbus, Ohio.

“The College has been on an outstanding trajectory of growth and achievement since its founding,” said Dr. Schiele. “I am confident that Dr. Wynd, with whom I have enjoyed a long professional association, will keep MCCN on a path of continual growth and excellence throughout this leadership transition and into the future.”