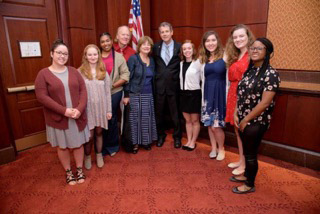 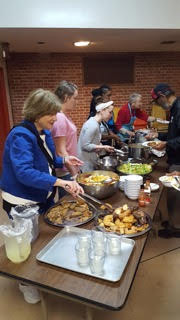 MCCN students EJ Strickler, Hayley Baker, Haley Bishop, Caylie Dick and Haley Robison flew to our nation’s capital on May 9 and returned to Columbus May 14. They were joined by a graduate from Wright State University, Elana Milligan, and a former student of Akron University, Janine Hall. Dr. Ellen O’Shaughnessy, campus minister, along with her husband, Dr. J. Robert Padberg, led the missioners. 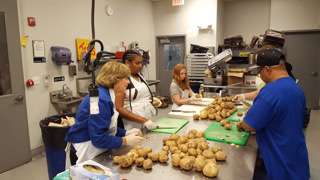 Students were on a mission to learn about issues of social justice that impact our nation and our world. The General Board of Church and Society of the United Methodist Church, located right next to the U.S. Supreme Court Building, provided a wealth of information. Students learned about concerns of immigration, as well as the implications of poverty and injustice when immigrants are refused entrance into our country. They also learned about human and sex trafficking and trafficking of children for labor; about formerly incarcerated individuals not getting employment, apartments, or credit, which can lead to homelessness, mental health and addiction; issues of the environment and climate change; and racial injustices that can lead to violence. 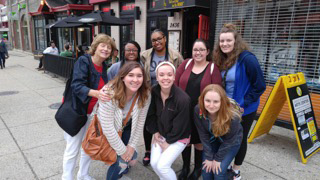 The students heard from individuals who had personally experienced human trafficking, immigration challenges and homelessness. The students then took their concerns to separate scheduled meetings with Ohio Senators Rob Portman and Sherrod Brown. The senators are known to be friends and work in a bipartisan manner on issues such as human trafficking and mental health. Students also had the opportunity to tell the senators of their experience serving breakfasts and dinners to the homeless and working poor of D.C. at Our Daily Bread and the Gales Mission. 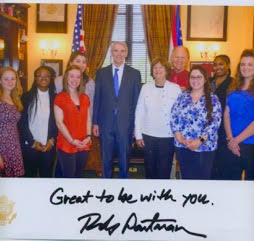