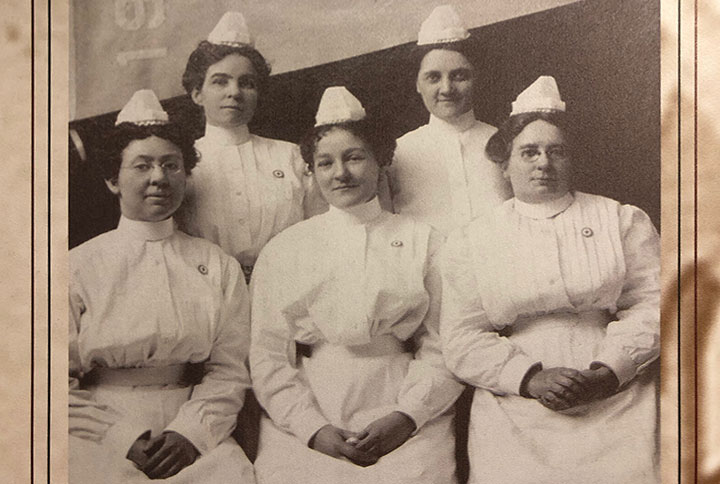 September 2018 marks the 115th Anniversary of the founding of Mount Carmel School of Nursing by the Sisters of the Holy Cross on September 15, 1903. Ninety years later, the Class of 1993 was the last to earn a Diploma from the School of Nursing, as it had transitioned in 1990 to today’s College of Nursing. In the photograph is the first graduating class from the School with only 13 students – five laywomen and eight Sisters (who, in those days could not be photographed). With all the changes over the years, the College remains true to the its Core Values: Academic Excellence, Respect, Compassion, Social Responsibility and Diversity. Please enjoy our 115th Anniversary Celebration video: